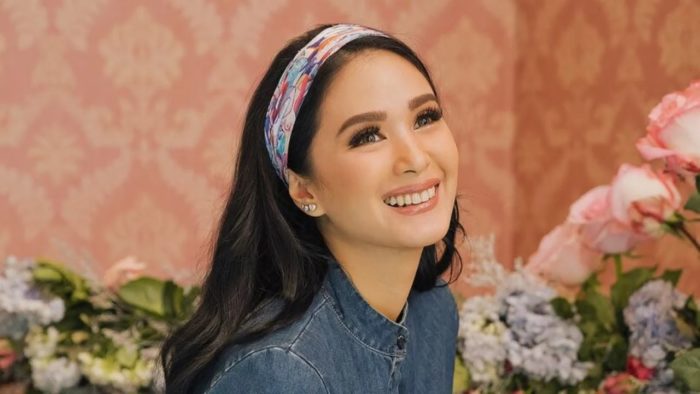 Heart Evangelista is a professional actress, businesswoman, and artist who is married to Francis Escudero. The Filipino film and TV actress is known for works such as Juan Happy Love Story (2016), My Korean Jagiya (2017 – 2018), and I Left My Heart in Sorsogon (2021 – 2022)

Famous as Heart Evangelista, the actress was born Love Marie Payawal Ongpauco on February 14, 1985, which means she is currently years old. She was born in Manila, the Philippines.

Evangelista’s parents are Reynaldo Ongpauco and Cecilia Ongpauco, who divorced when she was still very young. Heart was brought up in a wealthy family together with her four sisters, Marjorie, Michelle, Camille, and Lisa, as well as a brother, Miguel.

After her birth, Heart went to the United States where she spent some years before she returned to her home country as a teenager.

Heart Evangelista’s husband is Francis Escudero. He is a Filipino politician who was born on 10 October 1969 in Manila, Philippines.

Heart Evangelista and Francis Escudero were first introduced to each other in 2012 after the failed marriage of Francis and the failed relationship of Heart. They were introduced by the late senator Miriam Defensor Santiago, who was her mentor and also a close friend of her mother.

The couple got engaged in 2014 in Manila. Announcement of their engagement was made through an Instagram post by Indonesian make-up artist Albert Kurniawan who shared a photo of the politician on one knee proposing to the actress.

Heart and Francis got married in a private ceremony attended by close friends and family members on February 15, 2015. The event was held at the Balesin Island Club in the Philippines.

For now, the couple does not have any kids. In 2018, they announced that the actress was pregnant and expecting the couple’s twins, but she later suffered a miscarriage.

Love Marie Payawal Ongpauco got her education from Colegio San Agustin – Makati and she started her career when she was only 13 years old as a model and actress.

From then on, she has continued to appear on more TV shows, films, and other productions. Her best-known works include the following:

Apart from her career as an actress, Heart Evangelista is a musician who released her first album, Heart in 2003. She has released some compilation albums after that, with some singles to her name.

Amost other things, Heart is lso an accomplished visual artist and painter.