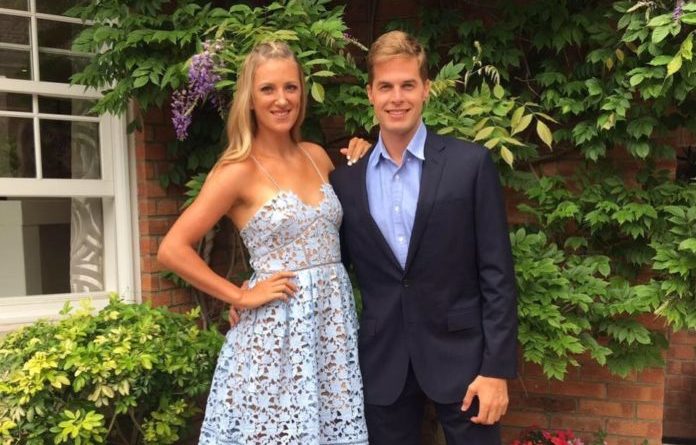 The love life of Victoria Azarenka has been one filled with both ups and downs. The tall and beautiful tennis star’s personal life became an issue of security after she dated Billy McKeague with whom she had a son. The relationship seemed as though it would blossom well for a while before it came to a sad end.

Who Is Victoria Azarenka

Victoria Fyodarauna Azarenka born on the 31st of July 1989 is a world number 1 professional Tennis player. She hails from Minsk, Belarus, and is born to parents Alla and Fyodor Azarenka, she is said to have been raised in a middle-class family with her brother Max Azarenka while growing up.

Victoria moved from her country to Arizona when she was just a teenager being 15 years of age, she stayed with a couple while practicing her sports in the USA.

Her hobbies include cooking, karaoke, listening to music, surfing and comedy.

The Love Life Of Victoria Azarenka

Billy was born in 1989 in St. Louis Missouri to parents Chase and Lynn Mckeague, he has two siblings Lisa and Charlie. His parents own and run a business together- an investment company which deals with real estate management.

Billy started playing hockey right from High school where he showed love and interest for sports especially Hockey and Golf. He went ahead to play Hockey in High School and also Professionally when he got into College. Billy later relocated to Hawaii where his parents live and work as a golf pro for high-ranking resorts when he finished college.

Victoria and Billy met in Hawaii when she was visiting her friend and family. The two seemed to have an eye for each other but didn’t do anything about it because Victoria was seeing someone at the time.

As soon as they were free the two got together and started dating and later in 2016 almost a year after they started dating, the tennis star had a child named Leo. Billy is a dedicated and doting father to his son Leo, he offered to put his job on hold and stayed home to take care of their son while Victoria was working.

In 2017 things took a bad turn as the two split up leaving their son in the middle, then the custody battles started as they couldn’t agree amongst themselves who should have custody of their son. The many court hearings and custody battles took a toll on her Tennis career as she had to forfeit a part of her game for the sake of her son in 2017. Victoria finally won the court battle and now has her son living with her.

2. Sergei Bubka Is One Of Her First Boyfriends

Even before she met Billy, Victoria dated Sergei between 2011 to 2012, he is the son of the famous Olympic and European champion contestant in Pole Vault also named Sergei Bubka. Nicknamed Bubka Junior, Sergi is also a tennis player. She first made a reference to him in 2012 after winning an Australian Open trophy. In the speech, she thanked her team, her grandmother, and Bubka.

The relationship did not last beyond 2012 before they parted ways.

3. Her More Serious Relationship was With Stefan Gordy

Victoria Azarenka dated Stefan Gordy who is better known as Redfoo. He is a musician who is part of a music band and the son of Motown founder Berry Gordy Jr. The two are said to have dated between 2012 and 2014.

When they were together, Vicotria and Redfoo were spotted everywhere together, and the X Factor Australia judge was seen at almost all of her tennis tournaments. Though the two seem to be from two different worlds and have completely different careers, they seemed like they really liked each other very much. In fact, it was rumored twice that the two were engaged at different points.

Unfortunately, the relationship was not one to last forever as, after 2 years, they parted ways. The breakup was not easy for victoria as she was also professionally down at the time, following a knee injury that she sustained. The breakup led her to serious depression. In order to handle this, she took to painting.

See Also: Arryn Zech Is Not Married But Has Dated Different Men- Her Love Life

Victoria also dated Lobo sometime in 2019. He is also a tennis player from Mexico and is a bit younger than her, his age being 21 at the time while she was 30. Though age is not a number when it comes to matters of the heart, Victoria received many criticisms and scrutiny because of the age difference while the two were together.

These days, Victoria is single and has said that the more she grows older, the more she prefers her own company and there has been no news of any engagements or new boyfriends, for now, it seems she is concentrating on her career and son