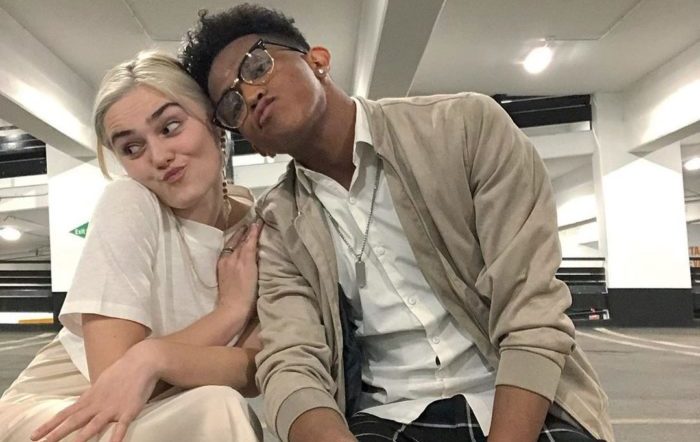 American actress Meg Donnelly is currently in a relationship with her boyfriend, Noah Zulfikar as of 2021. The two were first linked to each other in 2020, which means that they have been dating for a while now. Although she is still not married and has never been married, It is known that Noah is not the first man she is dating.

Who Is Meg Donnelly?

It was as Meg Elizabeth Donnelly that the actress and dancer was born on 25 July 2000 in New York. She was brought up in Peapack-Gladstone, New Jersey by her parents Elizabeth and Michale Donnelly. She is believed to be an only child.

With a knack for acting and dancing since she was a little girl, she got to start training at the age of six at the Annie’s Playhouse School of Performing Arts in Far Hills, New Jersey.

However, she got to start her career fully in 2013 at the age of 13 and since then, she has appeared in many productions such as Team Toon (2013) and American Housewives (2020).

What is She Best Known For?

Meg is best known as an actress, a dancer, and social media influence who has more than 1 million followers on Instagram. She is best known for her appearances in the following works:

Who is Her Boyfriend, Noah Zulfikar?

Meg Donnelly’s boyfriend, Noaj Zulfikar is a young dancer who became famous for his many dance steps that cut across genres including  Hip Hop, Contemporary, Ballet, Jazz, Musical Theatre, and much more. He was born on January 11, 2000 in Mississauga, Ontario.

Noah is also an actor who started his career in 2018 when he appeared in The Launch (TV Mini-Series). He attended the Canadian Dance Company.

What Is Her Boyfriend Best Known For?

Noah is best known for his amazing dance steps which he shares on social media and also for his appearances in some productions. His works include the following:

Apart from Noah, Meg has only had one relationship in the past and it was with American actor Logan Pepper. The two were linked between 2017 and 2018.

She has never had a husband, as stated, has never cheated on anyone, based on our records, and meg has never been engaged in the past.

See Also: River Viiperi Has Had Several Girlfriends- Meet Them All