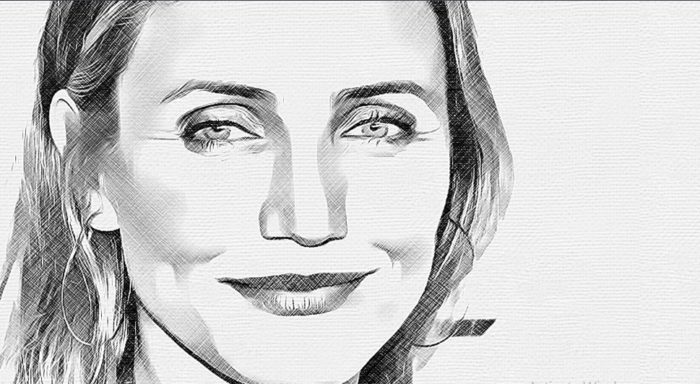 Raddix Madden is a celebrity kid who came has been famous since birth as the daughter of Cameron Diaz and Benji Madden. Being a daughter of such a power couple, Raddix has always attracted the attention of the media even though she is only a little girl of 2 years old. Needless to say, her mother, Cameron Diaz is a famous actress and model while her father, Benji Madden is a musician.

Every Interesting Fact About Raddix Madden

It was on December 30, 2019, that Raddix Madden was born, which means she is currently 2 years old. She was born to her parents, Cameron Diaz and Benji Madden as the first child of the couple at the Cedars-Sinai Medical Center, Los Angeles, California.

Everyone knows the little celebrity kid as Raddix Madden, but her complete name is Raddix Chloe Wildflower Madden. This is as seen by The Blast on her birth certificate which also showed that she was born at 1:58 PM. According to reports, her parents chose the name because of a certain significance it has to them.

3. She was born through surrogacy

It was reported that for years before the celebrity couple had their daughter, they had tried to conceive but they were not very lucky. They tried IVF and acupuncture, as well as supplements but all that did not work. However, they later decided to try having their child through surrogacy and it worked. It is because of this that they consider their daughter to be a miracle child.

That said, the couple did not reveal anything about the birth of their daughter apart from her name, and they stated they were going to keep pictures of her away from the public because of privacy concerns.

4. Benji Madden and Cameron Diaz were married for almost five years before they had their daughter

The parents of Raddix Benji were first introduced to each other by Benji’s sister-in-law, Nichole Richie in 2014, and that was when they started dating. Although Diaz made it known that she had never seen herself as someone who would ever want to get married, she got engaged to the musician after dating for only 7 months.

In January 2015, the couple tied the knot in their home in Beverly Hills in the presence of close friends and family members such as Robin Antin, Samantha Ronson, and Gwyneth Paltrow. They did not have any child until close to 5 years after marriage when they had Raddix in December 2019.

5. She has an eclectic taste in food

Cameron revealed that Raddix had what she described as eclectic taste in food. She indicated that in the first four months of her baby, she cooked every meal. Her daughter’s food is mostly homemade and not processed baby food. She includes things like thyme and dill, all of which Raddix loves.

6. Cameron Diaz is sometimes frustrated by her daughter

According to the retired actress and model, raising her daughter is something that has been challenging to her and she sometimes loses her shit. However, she always reminds herself that Raddix like all other kids are not trying to be bad, but they are always only trying to express their emotions.

7. Raddix Madden was born into a wealthy family

Raddix Madden was born to parents who are not only famous but also very rich. Her father, Benji has a net worth that is estimated at $40 million. He made his fortune from his musical career as a producer and musician. Her mother, Diaz, on the other hand, has a net worth of over $140 million, which she made from her career as an actress and a model.

8. She made all the dreams of Cameron Diaz and Benji Madden come true

Shortly before Diaz got married to Benji, she revealed that she wasn’t really drawn to becoming a mother, but with the birth of her daughter, she came to realize that she would have wanted nothing more. The birth of their daughter made everything surreal for them and they revealed that she made all their dreams come true.

9. Benji Madden was in several relationships before he met and married Diaz

Before her parents met, her musician father had dated a number of famous women including Dita Von Teese, Holly Madison, Paris Hilton, Kim Kardashian, and Rin Kozue. He was also rumored to have dated Beyonce’s sister, Solange.

10. Cameron Diaz also had some high profile relationships in the past

Now already 7 years married to Benji Madden, Cameron Diaz was involved in many high-profile relationships before she met her current husband. From 2002 to 2003, she was engaged to Jared Leto. Some of the famous individuals she was linked to are Elon Musk, Alex Rodriquez, Justin Timberlake, Matt Dillion, and Jude Law.